Windows users can use Word and macmaker to make macros, upload to the iSeries, and map using green screens. This is the only solution for Windows users at this time.

Use the following steps to generate the macro and ftp to the iSeries. 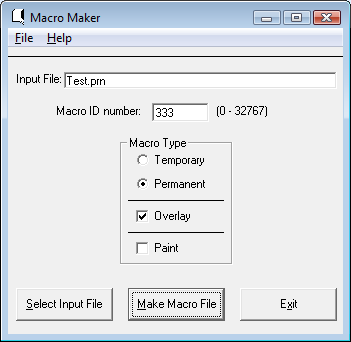 Creating Overlays with Printer Resident Fonts in the Forms Designer

“The Trick” to using fonts with the Forms Designer is as follows:

a TT symbol for True Type, and a little printer symbol indicating that the font is printer resident in the default printer, the LJ 4.

with selectable text in PDF, that are faxable, and have small file size.

Starting with iDocs 5, engines are no longer being shipped to run under QSECOFR profile, and thus run with whatever authority possessed by the profile running the job.

You can set the engines to run with QSECOFR authority as follows:

As a general consideration do not use iDocs on input spool files of width 200 characters or greater.

If you are creating spool files using custom programs, bear in mind that how you write to the spool file matters to iDocs.

Printer files, whether as configured through CRTPRTF / CHGPRTF or overridden using OVRPRTF, have a parameter SCHEDULE that controls how spool file data is made available to other programs.

If the printer file is set to SCHEDULE(*IMMED), then the iDocs dataqueue engine may begin to read the spool file as soon as data is written to it, and may read all the data present in the file before the creating program is finished writing to it. In that event the iDocs dataqueue engine will see an end of file, when in fact the creating program has not finished writing the spool data. The iDocs engine will then end its output, and move the spool file to archive, thus creating apparently normal output except that some or all of the spool content is missing.

The solution is to set the printer file to SCHEDULE(*FILEEND) or SCHEDULE(*JOBEND).